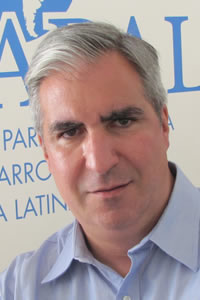 Latin America and the Cuban segregation
December 4, 2019
(Clarín) Would anyone accept in any country in Latin America that there can only be one ideology and that if one does not share it is a traitor subject to being fought by any means? Then it is worth asking, where is the regional reaction to such legal aberration and criminalization of human rights?
Gabriel C. Salvia
@GabrielSalvia
Tweet 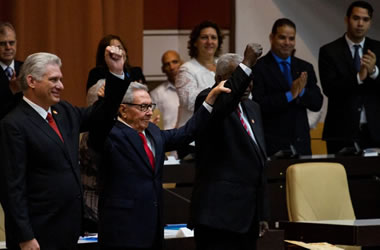 (Clarín) While in certain countries of Latin America there are demonstrations against their governments showing discontent, Cuba has implemented a new Constitution that, just as the previous one, establishes a political segregation that forbids any expression contrary to the official political cult.

Furthermore, the current Cuban Constitution is even more threatening than the previous one. In section 4 it establishes that “promoting the guard of the socialist homeland is the greatest honor and the supreme duty of every Cuban. High treason is the most serious of crimes, whoever performs such an act will be subject to the most severe sanctions”.

“The socialist system protected by this Constitution is irrevocable. Citizens are entitled to battle this by all means, including armed conflict, if there was no other choice, against anyone who tries to undermine the political, social and economic order, as established by the Constitution”.

To segregate is to “separate and marginalize any individual or group of people for social, political or cultural reasons”. In this sense, it must be taken into account that during the constitutional referendum held in Cuba on February 24th 2019, with all odds in favor of the regime having a positive result, near eight hundred thousand citizens voted for NO. In spite of the explicit threat in section 4!

Is there anyone in the rest of Latin America willing to accept that only one idea is valid, and that the chance of dissent turns the individual into a traitor, a subject of all sort of confrontation? Hence: Where is the regional reaction to such a major judicial aberration and criminalization of human rights?

What should happen alongside Latin America so that it got public outrage and react to the political segregation in Cuba? It is hard to promote democracy on the continent when only a few resent that in the Caribbean country the last competitive election was in 1948. After that, in 1952, there dawned Fulgencio Batista’s regime and then the Castros’, from 1959 to present, with Raúl, Fidel’s brother, in exercise of power. Besides, if in 1948 the minimum age to vote was 21 years old, nowadays Cuba must be one of the most democratic illiterate countries of the word.

This is the authentic Cuba, with political prisoners, such as santiaguero UNPACU leader José Daniel Ferrer; LGTBI activists, like Oscar Casanella, repressed before the world due to peacefully demonstrating; recurrent persecutions and arrests of artists, such as Luis Manuel Otero Alcántara; dozens of democracy activists arbitrarily banned for leaving the country, such as Boris González Arenas, Marthadela Tamayo, María Elena Mir Marrero, among others; journalists literally confined to their own homes, such as Luz Escobar, from 14ymedio newspaper, and Camila Acosta, from Cubanet website; and the “Ladies in White”, another example of peaceful demonstrators after attending mass at Santa Rita’s church, being disciplined and punished by the regime. Berta Soler, who is their leader, was repeatedly tamed as a wild animal by dozens of policewomen while leaving home every Sunday holding a sign claiming for freedom.

If there is no general grievance in Latin America condemning Cuba’s one-party regime, plus no solidarity towards those who think differently, do not expect neither ask for more and better democracy quality either among other countries in the region. As far as the current situation in Cuba, the political indifference in the continent is inadmissible. Countries demand the right to hold free elections, which is denied to Cubans. As Václav Havel would say, we must battle for our own freedom, just as we should battle for others’.

Gabriel Salvia is General Director of the Center for the Opening and the Development of Latin America (CADAL).