Press Releases
Cuba: alert from Luis Manuel Otero Alcántara arbitrary detention and the increasing attacks against freedom of artistic expression
March 11, 2020
Luis Manuel Otero Alcántara was arbitrarily taken to prison on March 1st. He was transferred to Valle Grande, where he awaits a trial charged with “insult to the symbols of the homeland”. The court hearing was going to take place today, March 11th. Because of the claim of artists, intellectuals and human rights organizations, it was suddenly postponed, with no new date. In Cuba there is a prior censorship system regarding cultural activities and other ways of expression. Through a joint statement, several prestigious organizations demand a reaction from all democratic governments. They are urged to set precedents for art and expression in all its forms, including peaceful protests, to be legal and, above all, possible.
Tweet 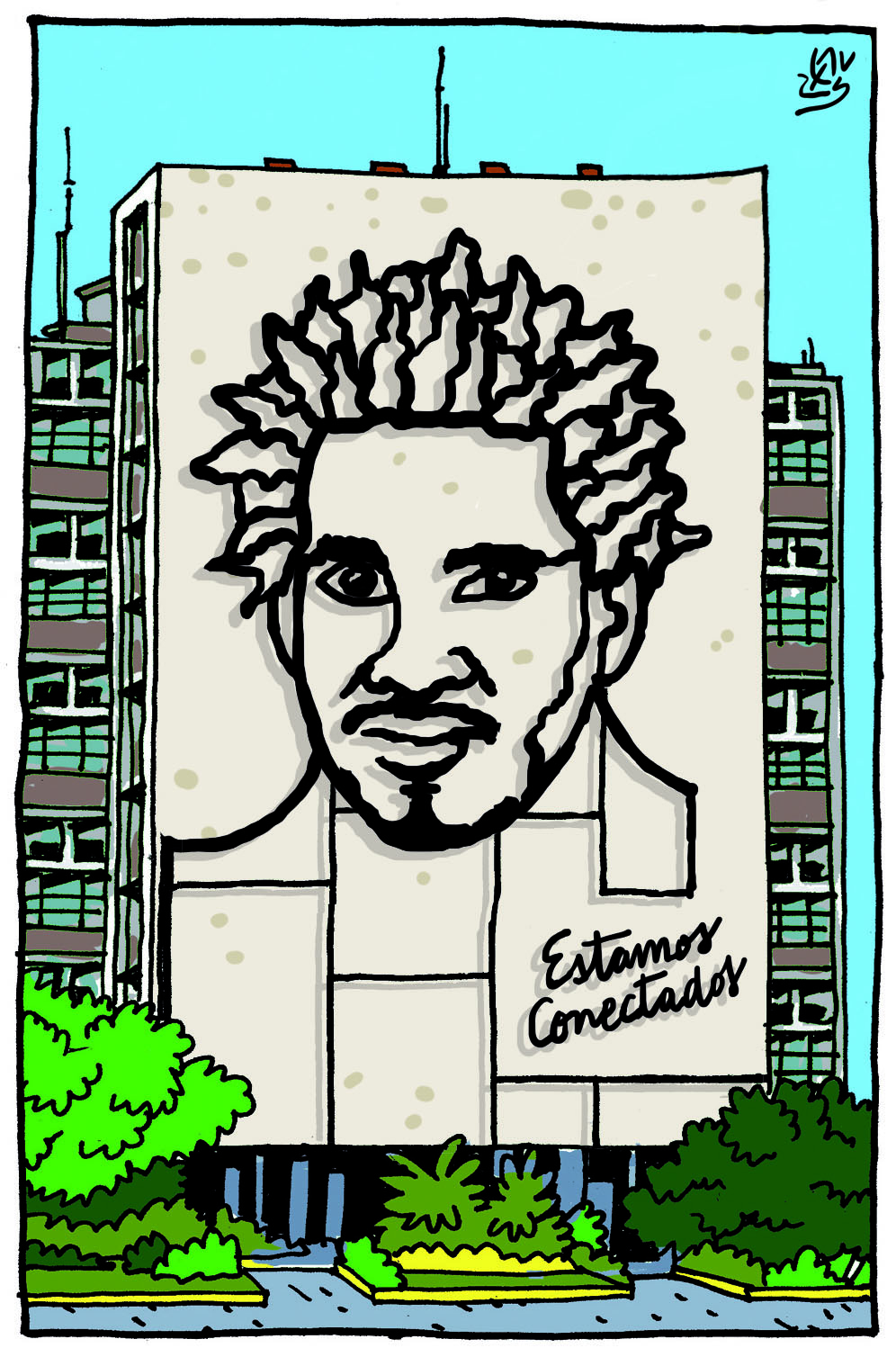 Since Decree 349/2018 was sanction by Cuban government, independent artists have taken a leading role through peaceful and courageous actions in their opposition against censorship and the demand for freedom of artistic expression.

Decree 349/2018 establishes contraventions on the provision of artistic services that are neither regulated nor recognised by Cuba’s official cultural institutions: a clear violation of the provisions of the Universal Declaration of Human Rights, the International Covenant on Civil and Political Rights and the International Covenant on Economic, Social and Cultural Rights.

“Movimiento San Isidro” a collective of independent artists, writers and intellectuals was organized to oppose Decree 349 and the restrictions against freedom of thought and freedom of expression stated at the decree. Luis Manuel Otero Alcántara is a prominent member of the movement that rejects the attacks on freedom of artistic expression by means of peaceful activism. Since its creation, members of this movement have suffered threats, attacks, harassment, and imprisonment by the Cuban government.

During the past 30 months, Luis Manuel has been the victim of 32 incidents of harassment. Of these, 22 have been arbitrary detentions, several including the use of force and violence, the majority of the detentions in solitary confinement and short periods of disappearance. Generally, the authorities refuse to inform the place where they keep him detained. In 2019, the authorities arrested him fifteen times, and four so far in 2020. None of these arrests have been judicially supervision. At least six Habeas Corpus have been submitted in his favor. The Provincial court of Havana has only responded to two.

Last arbitrary detention happened on March 1st. At 2:30pm Luis Manuel was detained in front of his house on his way to a protest at the Cuban Institute of Radio and Television, convened by the LGTBQ community.

Days after this arbitrary detention, he was imprisoned at Valle Grande prison, where he is awaiting for a summary trial due to the accusation of “insulting national symbols” that was to take place today march 11th at 9am Havana.

The trial was suddenly postponed without a new date, after prominent Cuban intellectuals, artists, activists and international organizations made massive calls of solidarity with Luis Manuel´s situation and his unfair trial. According to Cuban law, the procedure for summary trails, comes only through an oral sentence, any written document would be produced, and there are only five days for appellation.

In Cuba, a system of prior censorship is established for cultural activities, arts and other forms of expression, violating freedom of expression and the right to the full development of human personality and the enjoyment of cultural rights.

In countries where innocent people are persecuted on the basis of demanding basic human rights through peaceful means, the responsibility lies not only on repressive governments, but also on those who contribute to sustaining its repressive mechanisms or remaining shamefully neutral in the face of systematic violations of fundamental freedoms.

In this regard, the organizations who adheres to the present statement ask all democratic governments to be present at Luis Manuel’s trial and  to convene through their embassies in Havana a press conference in which they publicly:

- Insist on  the fulfill of the right to due process for Luis Manuel Otero Alcántara - Ask the national authorities to guarantee the public access to the hearing.

- Support the peaceful demonstrations that are happening now in Havana’s streets asking for Otero Alcantara´s freedom, and reject any arbitrary detention related.

- Ask for the end of all types of repression against HRD´s, independent artists and journalists in Cuba by the Cuban government.

- Call for the immediate release of independent artists, HRD´s, journalists and political prisoners;

- Reject the systematic banned against HRD´s, independent artists and journalist to travel abroad;