The two diplomacies in Cuba: the complacent and the committed
July 19, 2019
The list of complacent would be long, for example, those of democratic countries whose officials never received any nomination for the Award for Committed Diplomacy in Cuba, so it is as if they were not there. And most worrying, after the delivery of the last edition of the Prize for the period 2016-2018, is the setback that some embassies recorded.
Gabriel C. Salvia
@GabrielSalvia
Tweet

Currently, five Ladies in White (“Damas de Blanco”) remain in prison in Cuba, convicted or awaiting trial for “crimes” ranging from disregard, disorder, defamation and resistance or non-payment of arbitrary fines. These are Yolanda Santana, Marta Sánchez, Xiomara de las Mercedes Cruz Miranda, Aimara Nieto Muñoz and Nieves Matamoros. For these and other cases, Berta Soler, one of the Ladies in White, leaves her home in the neighborhood of Lawton in Havana every Sunday to deploy a precarious banner with a text that claims for the freedom of political prisoners, and immediately about ten women of the revolutionary national police of Cuba lunge at her, drag her into a patrol car like an animal and keep her in detention for a few hours without any charges, and later release her wherever.

This is just one example of human rights violations in Cuba, and one might ask: What is the role of the international democratic community facing such arbitrariness, especially the role of the foreign diplomatic corps in Cuba.

In his book “National interest, persecuted Argentinean politicians without refuge: diplomacy, human rights and disappeared”; Enrico Calamai, former Italian Consul in Buenos Aires during Argentina’s last military dictatorship, states: “I was able to check the real possibilities of humanitarian intervention that offer the privileges and immunities recognized by international law. I imagine a diplomacy that uses them according to the values of civil society.” And he adds, “The intelligence of diplomacy must find a way to stand between the brutality of power and its victims; the first, only concerned about the elimination of any possible opponent, the second, in search of any open door for its physical survival.”

However, as the case of Cuba shows, what abounds in diplomacy that serves in countries ruled by dictatorships, as was Argentina at the time, is indifference. For Calamai, “The temptation to pretend nothing happened, gives vertigo... There’s a way not to be guilty too: to do something. Extend my privileges to those who roam the city for help.” And he concludes: “there is an instinctive force that pushes the normal man to help those in danger… To me, the others are abnormal, those who don’t see or pretend they don’t see, or worse, those who don’t do nothing despite seeing.”

The list of “abnormal diplomats” in Cuba would be long, for example, those of democratic countries whose officials never received any nomination for the Award of Committed Diplomacy in Cuba, so it is as if they were not there. And most worryingly, after the handing over of the last edition of the Award of Committed Diplomacy in Cuba 2016-2018, is the setback that some embassies recorded. They went from active solidarity to docility with the Cuban dictatorship. And in some cases these are very important democratic countries.

How different it would be if every Sunday instead of going to a beach - or enjoying a meal which is forbidden for the majority of the Cuban people - several diplomats from democratic countries came together and went to Berta Soler’s home to witness what happens to her when she leaves home to exercise her human rights. Having this gesture of solidarity, as years ago a German diplomat and a British diplomat, it is more than likely that the Cuban government would desist from this fascist practice.

The complacency is to cause satisfaction, fulfillment or pleasure to someone. In this regard, it is inconceivable that a number of legations in Havana that sign international cooperation agreements with Cuba’s single party regime will not condition the delivery of funds, no longer to human rights advances involving political openness, but to ask them to release innocent and arbitrarily detained people, to stop harassing peaceful opponents, and to not prevent them from leaving the country with the illegal invention that they “are regulated.” This attitude is of an unacceptable complacency from part of democratic countries. What will many diplomats tell their children and grandchildren when they ask them in the future what they did when they served in Cuba? Only a very few will be able to answer that question with pride and die with a clear conscience.

To put oneself in somebody else’s shoes 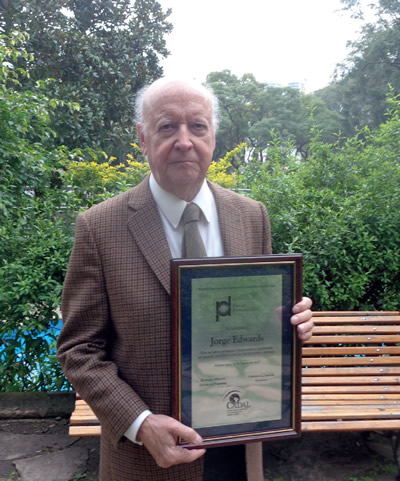 Committed diplomacy practices consist of the assistance provided by foreign service officers to victims of persecution and political harassment in another country where they serve, and they are more committed when they are performed without receiving instructions to do so.

From 2003-2008, the Center for the Opening and Development of Latin America (CADAL) established the Award of Committed Diplomacy in Cuba which has just completed six editions and has so far recorded thirteen supportive diplomats who served on the island providing recognition, support and protection for those who act peacefully there in defense of human rights and the promotion of political pluralism: three from the Czech Republic, three from the United States, two from Germany, two from Sweden and one from the Netherlands, Poland and the United Kingdom.

This award, in addition to recognizing the solidarity work of diplomats who served in Cuba, represents a democratic exercise for the Cuban opposition because it’s the opponents and independent journalists who nominate diplomats and support their nomination.

CADAL chose 2003 to implement this award for two reasons: this was the year of its legal constitution and coincided with the repressive wave in Cuba known as “The Black Spring” which included arbitrary arrests and imprisonment of peaceful opponents accused of crimes that in democratic countries are fundamental rights.

For its part, in 2017 CADAL presented a “Special Mention to Committed Diplomacy in Cuba” to the Chilean writer and diplomat Jorge Edwards, author of the best seller “Persona Non Grata” and pioneer of solidarity diplomacy in Cuba.

The recognition of members of the civic movement in Cuba, by foreign diplomats, consists in not limiting the official relations of a democratic country to contacts with officials of the Cuban single-party regime. In a democratic country, foreign diplomats - in addition to official contacts with local authorities - also interact and establish exchanges with a representative sample of the society in which they are located. The diplomacy committed in Cuba implies not to extend to the referents of the Cuban independent civic movement the “illegal” character that the dictatorship imposes on them. 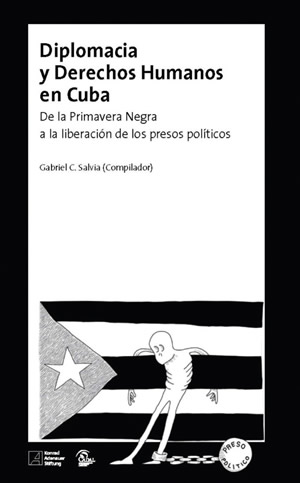 The support and protection offered by foreign diplomats to the citizens who are victims of persecution, repression or political harassment, is what characterizes a humanitarian foreign policy based on international commitment to human rights and which is defined as “the new diplomacy”.

The journalist and international political analyst Jorge Elías summarizes in the foreword to the book “Diplomacy and Human Rights in Cuba”, that the practices of committed diplomacy are “the ability of the human being to put themselves in the shoes of others in the eagerness to help them, although they speak another language, profess another religion, or are of a different color. This capacity goes beyond the position they hold: it responds to the will and sensitivity of each of them, as well as to the firmness of their democratic convictions.

Those who may have enjoyed a pleasant stay in a paradisiacal place have acted according to their principles; most of them alone and without a network.” For this very reason, Elías concludes: “What is a better incentive than rewarding the silent work of a person reserved in its expression and discreet in its proceeding?”

On May 25, 2019, CADAL announced that Filip Vurm, who worked at the Embassy of the Czech Republic in Havana between 2014 and 2018, was the winner of the 2016-2018 Cuban Committed Diplomacy Award. Accepting the award, he said: “I am very honored to receive the Award for Committed Diplomacy in Cuba. This award reminds me of all the brave and honest Cubans who strive in very adverse conditions to make their beautiful homeland a democratic, just and prosperous country. It has been a privilege for me to meet these women and men during my stay in Cuba. I am proud that it is they, who appreciated my diplomatic activities in Havana”.

Filip Vurm was born on May 9, 1982 in Prague. He studied history at the faculty of Letters of the Charles University in Prague. From 2008 to 2011 he was professor of history at the Czech-Spanish institute Budějovická of Prague. He joined the Diplomatic Academy of the Ministry of Foreign Affairs of the Czech Republic in October 2011. From 2012 to 2014 he worked in the Department of the Americas of the Czech Chancellery. From July 29, 2014 to August 17, 2018 he served as Third Secretary of the Embassy of the Czech Republic in Havana. He currently works as the deputy head of the Czech embassy in Afghanistan. 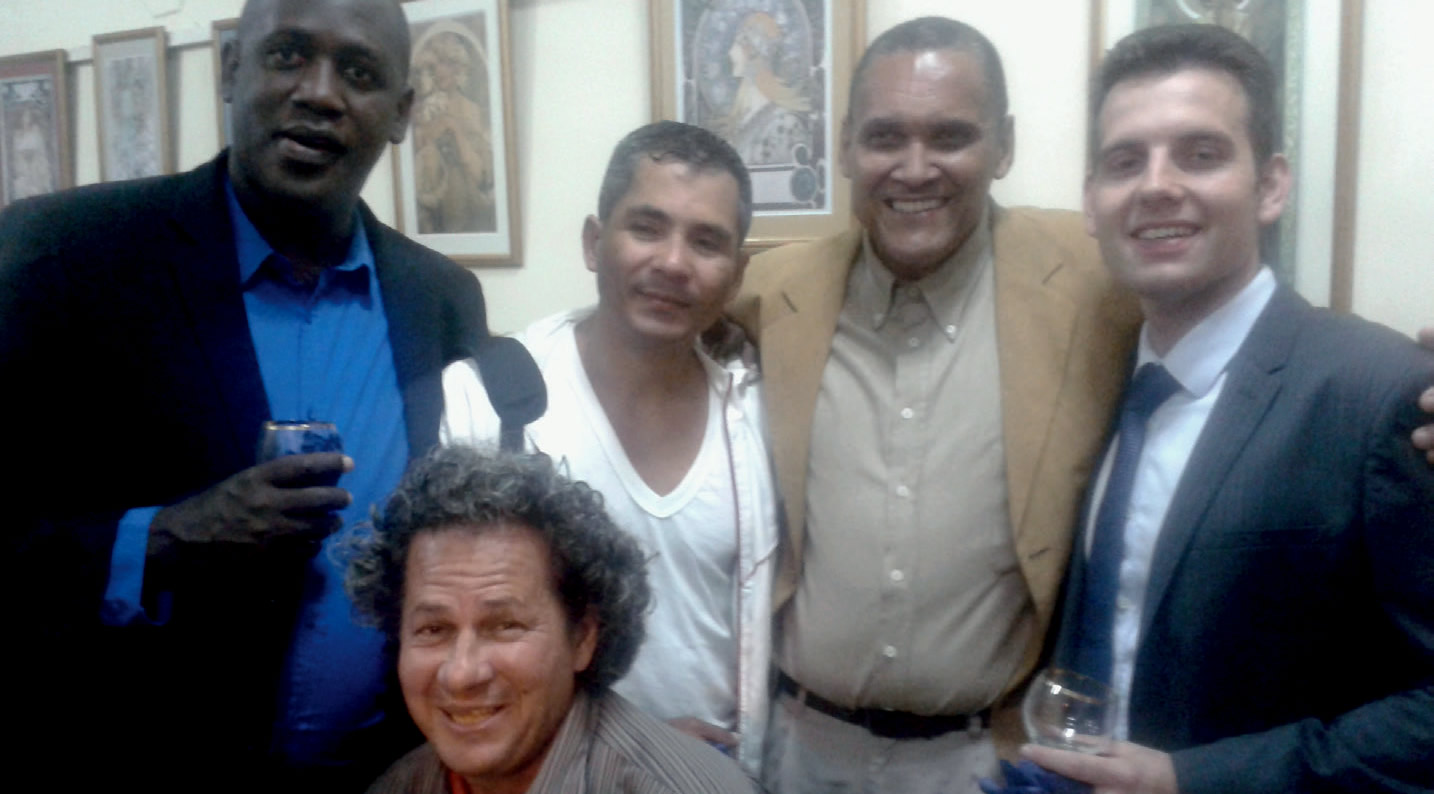 In this sixth edition, 14 foreign diplomats were nominated for their solidarity work, that completed their endeavor in Cuba between 2016 and 2018: six from the United States, one of them received seven votes; two from the European Union and Norway; and one from the Czech Republic, Sweden, United Kingdom, France and Spain. In total 39 democratic referents voted in Cuba, of which the Czech diplomat received 29 votes and was nominated by various groups and referents of the Cuban civic movement residing in different places of Cuba.

- “He has been one of the diplomats most directly involved in respecting human rights. He supported the groups that demand compliance and has provided assistance to the network of independent libraries personally attending at times that he was invited on the occasion of some activity. His performance has been exemplary and nourished with dignity. Thanks to Filip Vurm and the Czech Republic.”;

- “During his stay of a little more than three years, he developed a tremendous work agenda with the civil society, the democratic opposition and human rights activists, which included the selection of beneficiaries of funds from the Czech government and the approach to the provinces to verify human rights violations.”

- “very aware of the independent culture work on the island, always held his hand in solidarity when we had no place to do the culture evenings”;

- “he has been one of the main animators of the non-official Independent Writers’ Club of Cuba, head by the prominent Cuban writer and journalist Jorge Olivera Castillo and of many meetings of these members of the independent civil society of the island.“;

- “I nominate him for his outstanding work in bringing Europe closer to the reality of Cuban civil society and its solidarity with personalities, activists and Cuban independent projects.”;

- “he has been very professional, because he has combined his desire to do good, aimed at asserting universally recognized values and rights, and respect for our own identity and beliefs. He has given continuity in exemplary form to the work that his predecessor did, who deserved this award at his time. An example of this is the visit he has made to the housing of different members of the autonomous Cuban civil society, when they have been repressed, as well as participating in events and other activities.”;

- “He visited us with his wife and little daughter several times and participated in activities. He invited us to his embassy and coordinated contacts with other embassies, enabling the EU's commitment to the protection of human rights and democracy”;

- “In the time he worked as a diplomat in Cuba, he showed a remarkable solidarity and spirit of support for civil society and the groups struggling to restore the lost democracy to our suffering homeland.”;

In the editions of the Award for Committed Diplomacy in Cuba 2003 – 2008 and 2013 – 2014, the winners of Czech diplomats Stanislav Kazecky and Frantisek Fleisman, respectively.