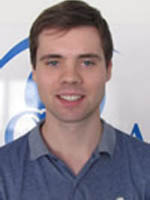 Burma’s democratic transition, following the ratification of a new constitution in 2008, has ushered in many positive and democratic changes. Among other advances, media regulations have been relaxed, thousands of political prisoners have been freed and democratic elections established. However, despite these advances and even much international praise, change remains only skin deep and largely symbolic, and the state of democracy most fragile. According to the Burmese military, Burma should undergo a slow and gradual democratization process and requires military support due to the new and foreign nature of a democratic government. But in reality, such a transition led by an authoritarian regime lacks real accountability and transparency and is full of contradictions.

With the ratification of a new, semi-democratic constitution in 2008, many steps were taken to decrease centralization and initiate Burma’s democratic transition. One of the first and most important steps taken by the government was the release of thousands of political prisoners in 2010, including the release of the renowned Aung San Suu Kyi. Another crucial measure was the implementation of the first democratic elections in many years, in 2010 and 2012. Elections like these are indeed welcome in this country which has been under military rule for many years. The 2010 elections saw sparse local and international coverage, but the 2012 elections however, have been hailed for being much freer and have been recognized as being generally free and fair. These elections were a landslide win for the opposition leader Aung San Suu Kyi’s National League for Democracy (NLD) party, winning 43 of the 45 parliamentary seats contested and are generally recognized as an advance of democracy in the country.

Another significant change as a result of the new constitution, which has garnered much international attention, is the liberalization of the media and relaxation of censorship. In a country which has spent many years under dictatorship rule, even the slightest relaxation and smallest liberalization of media laws are a great improvement. Journalists and even many former political prisoners have been able to freely publish their opinions without fear of repression. However, the ruling party and the military still control much of the media, but have greatly relaxed its regulation. According to The Telegraph, “The current atmosphere of freedom stems from the police and security services not using their powers to curtail free speech.” Therefore, we have another quasi-free situation, which is a great improvement compared to the previous situation, but is still far from reaching international democratic standards.

The international community has welcomed the process of democratization in Burma. The United States, European Union and the Asian Development Bank have all ended sanctions on the country since 2010 and have begun to initiate trade agreements and offer loans to Burma. Although these measures are important for Burma’s proper integration into the international community, many international Human Rights Organizations have criticized the release of these sanctions as premature, as the move decreases these countries’ and organizations’ leverage over Burma and prevents them from further pressuring the government to continue democratizing the country, as it is still a far cry from a strong democracy.

However despite positive changes, much of Burma’s democratic transition, as stated earlier, is still mostly symbolic and largely artificial. For example, the ruling party, the Union Solidarity and

Development Party (USDP), controls the majority of governmental institutions and is just the most recent development of the former Union Solidarity and Development Association, a product of the 1993 military junta. Also, furthering doubts about real progress, 25% of parliamentary seats are reserved for the military itself and occupied by active duty soldiers. How can a democracy function properly if access to public office and power remains skewed in favor of the military and its puppet political party? It may be that a democracy has been installed, however the military retains its strategic position as well as the power to undo all of the recent progress if it so wishes.

The situation in Burma is complicated, as even the slightest moves to open up the country are indeed an improvement over the former dictatorship, but at the same time it lacks the transparency and participation of a true democracy, as well as freedom from the military. Burma has a long way to go, although at the moment, all changes in favor of democracy are most welcome in this country.