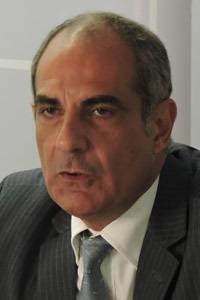 The publication of an article on an attempted robbery of a taxi driver, a seemingly unimportant event, was the reason why the director of a newspaper in the North-West of Argentina was imprisoned for six months without trial.
It was October 1974 and, apart from the blunders of Peron’s widow’s government in midst of the violence unleashed by Left and Right-wing factions, some evidence indicated that it was the eve of after. Of the disappearance of about one hundred journalists in Argentina alone, and of the censorship of the media. Of a repression that, coordinated by the intelligence agencies of the Southern Cone military regimes, was to leave its prints of fear and self-censorship.
That is what this book is about. It is based on contemporaneous and subsequent documents and testimonies that, oddly enough, become current accounts years later, as if time had not passed, as if the wounds had not healed. The military dictatorships are over, but the threats and aggressions against journalists are not over. Neither are the crimes in a region that lacks trust, especially in institutions.
Almost 300 journalists have been murdered over the last two decades in Latin America. Governments have shown an alarming inaptitude to resolve the majority of the cases. Or, in their urge to control the media’s agenda, the governments have allowed the culture of intimidation to continue in effect, spreading fear and its correlate: self-censorship, affecting those who have the task of investigating, presenting and commenting events that come to their knowledge before the public opinion.
Journalists are neither attorneys nor judges but, at times, their roles in society are mistaken. Many pay for this with their lives.
The method remains in the background: systematic elimination, as a warning for the rest.
It had a name: Operation Condor.
It is alive and buried.

Jorge Elías was born on September 5, 1963 in Quilmes, Province of Buenos Aires, Argentina.
He is editorial secretary and international politics columnist for La Nación newspaper of Buenos Aires, and researcher for the Project on Unpunished Crimes against Journalists of the Inter American Press Association (IAPA), Miami. He is also a panelist on the television program Desayuno.
He was correspondent for La Nación in Washington, D.C., between 1995 and 1999, reporting on issues in the United States, Mexico and Canada.
He has covered wars and armed uprisings, as well as elections and political, economic and social events throughout the five continents.
He has written a novel, as well as essays and stories published in anthologies.