Press Releases
Rosalía Viñas blocked from leaving Cuba
March 5, 2018
Rosalía Viñas, member of the Center for Coexistence Studies, has now been blocked twice from exiting the country. While the first occurrence prevented her from attending the Internet Governance Forum, the most recent incident impeded her attendance of the Internet Freedom Festival.
Tweet 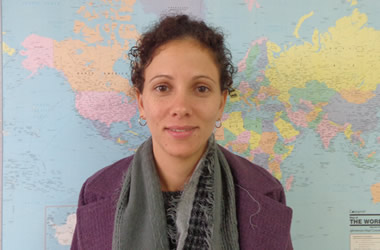 The Center for the Opening and Development of Latin America (CADAL) stands in solidarity with Rosalía Viñas, member of the Center for Coexistence Studies, who was prevented from leaving Cuba for the second time this past March 2nd.   A member of the State Security agency informed her that she was under  “regulated” status and prohibited from exiting the country, in accordance with article 25 of migration law, which deems the restriction of movement necessary, “When, out of public interest, the empowered authorities determine so.” Rosalía was preparing to travel to Spain to participate in the #IFF, or International Freedom Festival, when members of the State Security agency arrived at her home. They informed her that the national identification system listed her as “regulated” and stated that she was prohibited from exiting Cuba.

Viñas was also restricted from leaving the country for the same reason last December 15th when she planned to attend the Internet Governance Forum. On that occasion, Viñas filed a complaint in accordance with official state policy, but, in her own words, “It wasn’t until 33 days had passed that I received a phone call from Captain Yanet, on January 17th at 5 p.m., informing me that I was no longer ‘regulated.’ I returned to Immigration looking for an explanation, but it was completely in vain.”

On March 2nd, Viñas went to the Pinar del Rio Administrative Office to file a “complaint regarding prohibited exit from the country,” in which she described everything that occurred, asked that her right to travel freely be respected, and requested a written explanation for her regulated movement.

CADAL denounces the actions of the Cuban government that violate Article 13 (2) of the Universal Declaration of Human Rights, which states that “Everyone has the right to leave any country, including his own, and to return to his country.”

For Gabriel Salvia, General Director of CADAL, it “seems incredible that the only country in Latin America that prohibits its citizens’ the freedom of movement is the same one that has spent the most years representing the region at the UN’s Human Rights Council, created at the end of 2006.”