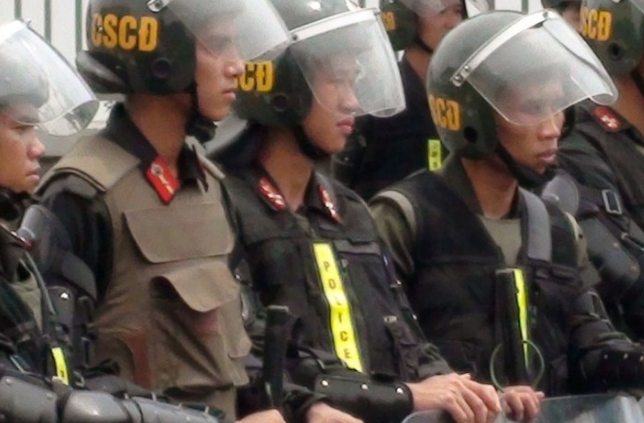 It is estimated that Vietnam holds around 97 political prisoners. Many of them are in solitary confinement, held in precarious conditions, and subjected to torture and mistreatment. Among the prisoners there are lawyers, bloggers, and activists that advocate for human rights, democracy, and the environment. Despite only resorting to peaceful means of protest, these prisoners have been handed long sentences, according to Amnesty International. Amnesty has published an up-to-date list of those detained in Vietnam.

Before the beginning of Nguyen Van Dai and five other activists’ trial for their alleged “activities intending to subvert the popular government,” Amnesty warned that the activists, detained between 2015 and 2017, could face life in prison or death sentences. According to the government, their crimes included associating with “illegal national organizations,” seeking foreign financial support in “disseminating anti-state information,” and creating the organization called “Association for Democratic Brothers” and following its mission to fight “for democracy and human rights.”

According to the laws that allow bringing anyone to trial who “threatens the state,” the chargeable crime that these six activists committed was attempting to “change the political regime” and build a “pluralist, multiparty state” with “separation of powers.” Amnesty International, along with Human Rights Watch and the International Federation for Human Rights, among other organizations, have demanded the immediate and unconditional release of these prisoners.

“The only crime that these activists have committed is campaigning in favor of democracy and defending the victims of human rights violations,” stated Human Rights Watch Director for Asia, Brad Adams. He adds, “The Vietnamese government should be grateful for their efforts to better the country instead of arresting them and imprisoning them.”