Press Releases
Cuesta Morúa is nominated by CADAL for the Václav Havel Prize
April 30, 2019
The nomination had the support of former president of Brazil, Fernando Henrique Cardoso, among other outstanding figures. The Václav Havel Prize for Human Rights is awarded annually by the Parliamentary Assembly of the Council of Europe. Cuesta Morúa lives in Havana and in 2016 he won the Ion Ratiu Prize, by the Woodrow Wilson Center.
Tweet 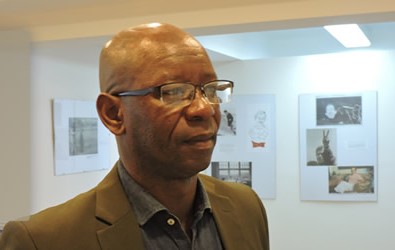 CADAL,  presented the nomination of Cuban activist Manuel Cuesta Morúa for the Václav Havel Prize for Human Rights. He is distinguished for, the work of the Cuban activist, resident in Havana, for uniting the efforts of Cuba's independent civil society in favor of democracy is highlighted.

The nomination was endorsed by Fernando Henrique Cardoso, former president of Brazil; the former Minister of Foreign Affairs of East Germany and former German Social Democratic parliamentarian, Markus Meckel; the former Minister and former Chilean Congress woman, Mariana Aylwin; the Uruguayan Congresswoman Gloria Rodríguez; and the Argentine jurist Jaime Malamud Goti, one of the intellectual authors of the trial of the Argentine military junta.

Manuel Cuesta Morúa (Havana, 1962) has been working for democracy in Cuba for over 25 years. With a bachelor's degree in History, he later completed postgraduate studies in political science, economics, international relations and anthropology. Cuesta Morúa is currently the spokesman for the Arco Progresista Party and coordinator of the 2020 campaign that promotes legal changes using the opportunities offered by the new constitution of Cuba.

In 2016, Cuesta Morúa won the Ion Ratiu Prize, awarded by the Woodrow Wilson Center. And recently he toured the Southern Cone of Latin America to discuss the constitutional reform of 2019 in Cuba and hold meetings with political leaders, including former presidents Fernando Henrique Cardoso (Brazil) and Ricardo Lagos (Chile).

Cuesta Morúa is the author of several essays on historical, political and racial issues in Cuba, and a prolific editor of bibliographic reviews, including the book "Havel: una vida" by Michael Zantovsky. Last March, together with Jakub Klepal, Executive Director of Forum 2000, he participated as an exhibitor at the conference "The legacy of Václav Havel and international democratic solidarity".

"I have high hopes that Manuel will be the first Latin American winner of the Václav Havel Prize, for his long career in the political opposition in Cuba, for staying in his country and continuing to fight peacefully from there, and because he is a great connoisseur of life and Havel's work that inspires his work, "said Gabriel Salvia, General Director of CADAL.

The Václav Havel Human Rights Prize, created in 2013, seeks to recognize outstanding actions of civil society in defense of human rights in Europe and the world. The panel of selection of the prize is composed of the president of the Assembly and six independent persons with recognized trajectory in human rights, three are designated by the Office of the Parliamentary Assembly and three members are chosen by the Václav Havel Library and the Charter 77 Foundation.