Press Releases
Condemnation of the arbitrary arrest of Cuban scientist
May 28, 2018
Activists, politicians, and civil society members around the world are standing in solidarity with the Cuban scientist who was detained unjustly and arbitrarily, launching a petition on Change.org for his immediate release.
Tweet 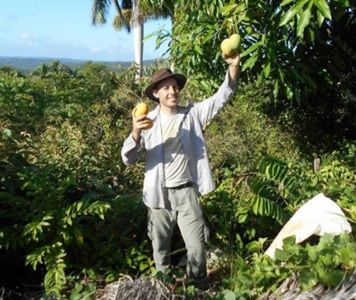 Ariel Ruiz Urquiola, PhD in Biology, was detained this past May 3rd and sentenced to a year in prison for calling the forest rangers who invaded his property and arrested him the “rural guard,” which was called a supposed act of “contempt of authority.” News outlet 14ymedio reported that the forest rangers accused Ruiz of cutting down trees without permission in order to fence his land, despite the fact that Ruiz had already received permission to do so.  With his yearlong sentence, Ruiz now risks losing his property, on which he is developing en ecological project, given a law that would strip him of his ownership of the land after a 6 month sentence. On multiple occasions, Ruiz denounced vandalism and attacks on his land, which were intended to make him and his family abandon it, according to Diario de Cuba.

Last April, Ruiz was expelled from the Center for Marine Investigaciones (CMI), of the University of Havana, where he directed a project on Sierra de los Órganos fauna and flaura in cooperation with German institutions.  Ruiz claimed the expulsion was politically motivated.

“The conditions in which Ariel is being held are awful. He shares a room with 30 other people. They are crammed, the food they are given is usually rotting, and they are only given 2 minutes to eat,” reported his family on social media. On May 26th, they reported that he was beaten while handcuffed as punishment for showing other prisoners the prisoner rights’ code contained in the Prison Regulation book, which was sent to him days prior.

This past May 24th, his lawyer presented an appeal to his sentence to the Provincial Tribunal of Pinar del Río, as reported by Martí Noticias.