Press Releases
CADAL nominated Manuel Cuesta Morúa for the Ion Ratiu Democracy Award at the Wilson Center
June 14, 2015
The Democratic Bridge Program of the Center for the Opening and Development of Latin America (CADAL) submitted the Cuban activist application, Manuel Cuesta Morúa, to the Woodrow Wilson Center for the Ion Ratiu Democracy Award for his involvement with democracy and human rights in Cuba.
Tweet 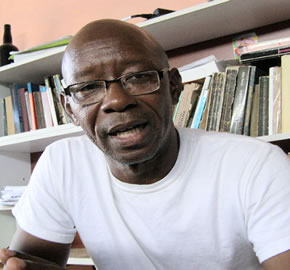 In the application, he is portrayed as a tireless truth defender and the spirit of living in truth, a conducive path to human rights and democracy protection.

The Ion Ratiu Democracy Award’s (IRDA) aim is to give visibility and an international recognition to ideas, ideals and accomplishments of individuals who work all over the world in support of democracy. The award expresses a deep democracy commitment from the deceased Ion Ratiu across his contributions as a Romanian politician as well as in his interest of a global level democratic change.