Press Releases
Request to Embassies in Havanna
July 15, 2015
CADAL notes with a special concern that most of embassies from democratic countries in Havana spread to Cuban democratic actors the ilegality imposed upon them by a one-party regime. Thus, in addition to being humanely unacceptable, it antagonizes human rights'' foreign policy which many countries have expressed that they assumed on their respective ministry of Foreign Affairs websites.
Tweet 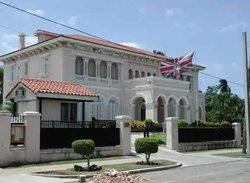 Along with the shipment of last two editions of "Diálogo Latino Cubano" and the report of the Award of Committed Diplomacy in Cuba 2013 - 2014, CADAL's Program for International Democratic Solidarity sudmitted a request to a group of embassies in Havana asking them to provide recognition and support to the Cuban civic movement.

The request included the following:

- CADAL supports the normalization of the relations between Cuba and the United States of America as it is considered to contribute to a better public opinion climate in Latin America in favor of a political openness in Cuba and because Barack Obama's government has expressed the continuation of his commitment with Cuban democratic actors.

- However, CADAL notes with concern that for now Cuba didn't take any step in political terms and practically nobody demands it. The repression against opposition leaders continues and Raul Castro's government hasn't expressed an initiative to realize any changes in his closed political system. They had not even announced the repealing of Law 88/99, directed to arbitrarily imprison for long sentences in prison to opposition members who broadcast news outside and who receive a foreign economic support.

- CADAL aslo notes with a special concern that most of the embassies from democratic countries in Havana spread to cuban democratic actors the ilegality imposed by a one-party regime. Thus, in addition to being humanely unacceptable, it antagonizes human rights' foreign policy which many countries have expressed that they assumed on their respective ministry of Foreign Affairs websites. In some cases, as the case of countries which formulated observations and recommendations to Cuba during the second Universal Periodic Review in Geneva, and which were firmly rejected by the Cuban regime, they would involve a major contradiction by asking to Cuba's government something that they do not by themselves.

- For instance, if a country demands freedom of expression in Cuba and the government continues repressing it, its embassy can provide an internet access to the cuban democratic actors. That’s what the Swedish Embassy in Cuba is doing and should be the rule between democratic countries having embassies in Havana.

- CADAL is clear about the fact that embassies receive instructions from their MFAs and these from their governments, but in the cases we granted awards of Committed Diplomacy in Cuba we highlighted officials with special sensitivity to put themselves in someone else's shoes. That is, the people are those who make the difference more than governments.

For the reasons stated, CADAL requested to a group of ambassadors in Havana the following:

internet once a week.

- That they receive at the embassy Cuban opposition leaders to listen to their points of view about their country's situation and consider inviting a representative group to your National Day.

- That they observe Havana public places and the interior of Cuba because of the respect for freedom of assembly and expression, formulating protests when the Cuban government violates these rights, as every Sunday against the demonstration by Ladies in White.

CADAL's request concluded with the solicitation of an answer and no embassy have done it for now.