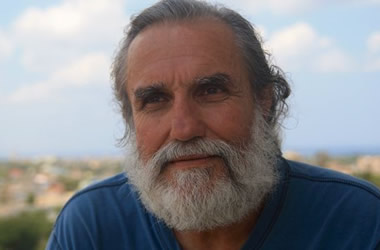 On March 2nd, the independent news outlet 14ymedio reported that blogger and activist Agustín López Canino was accused of receiving stolen property, a crime that can be punished with “imprisonment from 3 months up to a year or a fine of 100 to 300 Cuban pesos (CUP) or both.” This is not the first time that the Cuban regime accuses an activist or dissident of this crime. López Canino reported to 14ymedio that several agents from the National Revolutionary Police and State Security entered his home without any search warrant that could “justify” their entering.

López Canino also told 14ymedio that “There were two police cars, three agents on motorcycles and lieutenant colonel Kenia. They raided my home and only after having placed my belongings on the table, the computer and other things like CDs, did they bring in two witnesses from around the neighborhood.” He adds that “[they] even picked stuff from the garbage, they took my laptop, the camera, a DVD burner, and everything that they could, even cables that didn’t work.”

After the search of his home ended, López Canino was detained and taken to the Santiago de las Vegas police station, where he was accused of the aforementioned crime. After paying a 3,000 CUP bond, he was released on March 5th, 72 hours after his detainment.

In recognition of Agustín López Canino’s peaceful work and courageous activism, CADAL condemns the repressive actions taken by the Cuban government. To this end, General Director of CADAL, Gabriel Salvia, reminds the Cuban government that “in three months, it will be examined by the UN Human Rights Council, and, between the questionable legitimacy of its elections and increasing hostility toward peaceful dissidents, you are adding reasons to receive critical reviews, even from permissive countries.”