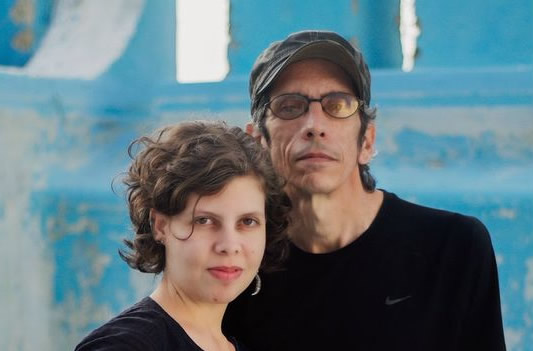 This past February 2nd, the El Círculo Gallery, a space for independent artists in Havana and property of Luis Trápaga and Lia Villares, was broken into by State Security agents. After conducting an exhaustive search of the building, they proceeded to confiscate personal belongings, equipment and materials that represent more than 10 years of Lia Villares’ artistic work.

Villares told independent news outlet 14ymedio that the search lasted approximately five hours and afterwards “they took at least six hard drives that hold my work from the last ten years and material for a current project, a documentary called Free Art vs. Totalitarian Censorship.” Luis Trápaga told 14ymedio that, after finishing the search, the agents handed him a copy of the list of confiscated items, which he signed. Both activists affirm that they will be filing formal complaints and demanding the return of all of their equipment.

After the search, the artists were driven to different police stations and were later freed on Saturday the 3rd at night. “They spent the whole time asking me where I had gotten each item and what I was going to do with the Cuba Decide pamphlets,” Villares said.

It should be noted that, toward the end of last year, there were repeated incidents of censorship and repression on behalf of the State Security agency at the El Círculo gallery, which prevented several cultural activities from being realized. According to Villares’ testimony, “in some cases, the authorities stopped the guests from entering and in others they arrested the artists themselves.”

CADAL supports the collective call for the return of these independent artists’ belongings. To join the call, click here.