Press Releases
A Czech is the winner of the Award for Committed Diplomacy in Cuba 2016-2018
May 25, 2019
Filip Vurm worked at the Embassy of the Czech Republic in Cuba between 2014 and 2018. Accepting the award he said: «I am very honoured to receive the award for committed diplomacy in Cuba. This award reminds me of all the brave and honest Cubans who strive in very adverse conditions to make their beautiful homeland a democratic, just and prosperous country. It has been a privilege for me to meet these women and men during my stay in Cuba. I am proud that it is they, who appreciated my diplomatic activities in Havana».
Tweet 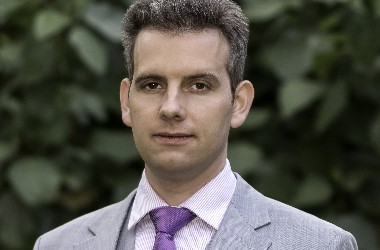 Since the year 2003, the Award for Committed Diplomacy in Cuba emphasizes the solidarity work of foreign diplomats who fulfilled functions on the island, providing recognition, support and protection to those who act peacefully in defence of the human rights and the promotion of political pluralism.

In this sixth edition, 14 foreign diplomats who completed their solidarity work in Cuba during the years 2016 and 2018 were nominated: 6 from the United States, one of which obtained 7 votes; 2 from the European Union and Norway; and 1 from the Czech Republic, Sweden, the United Kingdom, France and Spain. In total 39 democratic referents voted in Cuba, of which the Czech diplomat received 29 votes and was nominated by various groups and referents of the Cuban civic movement residing in different places of Cuba.

Among the received basis by CADAL supporting the nomination of the Czech diplomat Filip Vurm, Cuban colleagues expressed that:

-“he supported several of their initiatives, was aware of their situation, communicated permanently”;

-“very aware of the independent culture work on the island, always held his hand in solidarity when we had no place to do the culture evenings”;

-“we know his personal efforts in deepening the knowledge of Cuban legislation and advising to give the best answer or solution both to cases of Czech citizens and Cubans who have faced situations in Cuba related to the Czech Republic, which speaks for his professionalism”;

-“he has been one of the main animators of the non-official Independent Writers’ Club of Cuba, head by the prominent Cuban writer and journalist Jorge Olivera Castillo and of many meetings of these members of the independent civil society of the island.“;

-“I nominate him for his outstanding work in bringing Europe closer to the reality of Cuban civil society and its solidarity with personalities, activists and Cuban independent projects.”;

-“he has been very professional, because he has combined his desire to do good, aimed at asserting universally recognized values and rights, and respect for our own identity and beliefs. He has given continuity in exemplary form to the work that his predecessor did, who deserved this award at his time. An example of this is the visit he has made to the housing of different members of the autonomous Cuban civil society, when they have been repressed, as well as participating in events and other activities.”;

-“He visited us with his wife and little daughter several times and participated in activities. He invited us to his embassy and coordinated contacts with other embassies, enabling the EU's commitment to the protection of human rights and democracy”;

-“In the time he worked as a diplomat in Cuba, he showed a remarkable solidarity and spirit of support for civil society and the groups struggling to restore the lost democracy to our suffering homeland.”;

-“He has been one of the diplomats most directly involved in respecting the human rights. He supported the groups that demand compliance and has provided assistance to the network of independent libraries personally attending at times that he was invited on the occasion of some activity. His performance has been exemplary and nourished with dignity. Thanks to Filip Vurm and the Czech Republic.”;

-“During his stay of a little more than three years, he developed a tremendous work agenda with the civil society, the democratic opposition and human rights activists, which included the selection of beneficiaries of funds from the Czech government and the approach to the provinces to verify human rights violations.”

Filip Vurm was born on May 9, 1982 in Prague. He studied history at the faculty of Letters of the Charles University in Prague. From 2008 to 2011 he was professor of history at the Czech-Spanish institute Budějovická of Prague. He joined the Diplomatic Academy of the Ministry of Foreign Affairs of the Czech Republic in October 2011. From 2012 to 2014 he worked in the Department of the Americas of the Czech Chancellery. From July 29, 2014 to August 17, 2018 he served as Third Secretary of the Embassy of the Czech Republic in Havana. He currently works as the deputy head of the Czech embassy in Afghanistan.

In its six editions, the Award for Committed Diplomacy in Cuba organized by CADAL was given to three diplomats from the Czech Republic, three from the United States, two from Germany, two from Sweden and one of the Netherlands, Poland and the United Kingdom. For its part, in 2017 CADAL gave a “special mention to the committed diplomacy” to the Chilean writer and diplomat Jorge Edwards, author of the bestseller “Persona Non Grata”.

One of the award-winning diplomats, the Dutch Caecilia Wijgers, also won the Palmer Award from the community by CADAL considering her exemplary work in Cuba.

For his part, the Swede Ingemar Cederberg collaborated with his testimony for the publication of the book “Diplomacy and Human Rights in Cuba: from the Black Spring to the release of the political prisoners” co-edited by CADAL and the Konrad Adenauer Foundation, with an edition in English.

The recognition of the members of the civic movement in Cuba by foreign diplomats consists of not limiting the official relations of a democratic country to contacts with the officials of the Cuban single party regime. In a democratic country, foreign diplomats – in addition to official contacts with local authorities – also relate and establish exchanges with a representative sample of the society in which they are located. The committed diplomacy in Cuba implies not to extend to the referents of the Cuban civic movement the “illegal” character that the dictatorship imposes on them.

The support and protection of foreign diplomats to the citizens of the country in which they are located and who are victims of persecution, repression or political harassment, is what characterizes a humanitarian foreign policy based on the international commitment to human rights and which is defined as “the new diplomacy”.

CADAL created the Award for Committed Diplomacy in Cuba taking as antecedent the solidarity actions of several foreign diplomats during the military dictatorships of the Southern Cone.

CADAL chose to announce the result of this award on May 25 because that day is remembered the death of Pedro Luis Boitel, emblematic figure of the Cuban political prisoners, who died after a prolonged hunger strike that day in 1972. May 25 is also a national festival of the Argentine Republic commemorating the Revolution of May 1810 and since 2003 CADAL is asking to the successive Argentine governments that they invite Cuban democratic referents to the celebration at the embassy in Havana.